The Use of Arrest Records in Employment Decisions: What You Need to Know [Updated]

Have you considered using an applicant’s arrest records in your hiring decision? Depending on where you live, this might not be legal.

While many jurisdictions allow the reporting of arrest records as a part of an employment background check, some states and municipalities restrict them.

To be clear, an arrest record is simply the report of the arrest of an individual without further disposition information. This is different from a conviction or criminal history.

Guidance from the EEOC currently states that an employer can not use arrest records alone to deny or terminate employment. However, EEOC guidance does permit employment decisions to be made based upon the conduct underlying the arrest.

Today, it falls upon the employer to understand how to consider arrest records, and to remain in compliance with hiring laws.

State Laws and the Use of Arrest Records in Employment Decisions

According to guidance provided by the Equal Employment Opportunity Commission, or EEOC:

Arrest records alone cannot be used to exclude persons from employment routinely. However, conduct which indicates unsuitability for a particular position is a basis for exclusion. Where it appears that the applicant or employee engaged in the manner for which he was arrested and that the conduct is job-related and relatively recent, the exclusion is justified.

What the EEOC is saying is basically that arrest records themselves are inconsequential when it comes to hiring. Even if a person has an arrest on their record, that does not mean always mean they were charged with a crime. It’s this reasoning that has led many states to “ban the box” legislation.

While following EEOC guidance is generally considered a best practice for companies hiring new employees (and will usually help a company avoid discriminatory hiring practices), there is no federal law prohibiting hiring companies from considering arrest records in their hiring policies. In fact, in many places, it is state laws that limit, regulate, or outright ban the consideration of arrest records during hiring decisions.

States that ban the use of arrest records entirely (or, in other words, prohibit employers from asking about arrests or to avoid considering arrests that did not result in a conviction) in their hiring practices include the following:

Some states that prohibit companies from making onboarding decisions based on records that have been dismissed, expunged, or sealed include the following:

States that allow or ban arrest inquiries in some situations include the following:

And, finally, states with no laws restricting the use of arrest information include the following:

Because these laws vary from state to state, consult your state’s regulations to understand how your area governs the use of arrest records.

How Do I Stay Compliant if I want to Consider Arrest Records in Hiring Decisions?

If you want to take arrest records into account during your company’s hiring process, following these three steps will help you remain compliant:

These steps can help you comply with the FCRA and relevant EEOC guidance. If you do not have policies in place to support this type of decision-making process, consult legal counsel, and always build your foundation on solid best practices.

If you’d like to take your compliance one step further, contact iprospectcheck. Our team can provide the solutions you need to remain compliant and avoid costly, troubling background check problems.

DISCLAIMER: The resources provided here are for educational purposes only and do not constitute legal advice. Consult your own counsel if you have legal questions related to your specific practices and compliance with applicable laws. 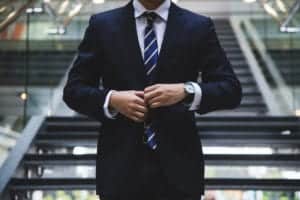 Are Criminals a Protected Class? What You Need to Know [Updated]

Today, most employers would agree that equal opportunity is a[...] 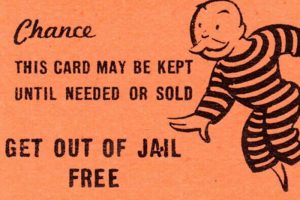 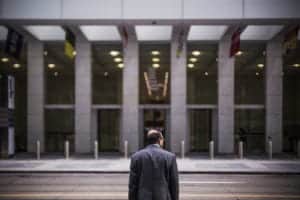