How Should You Read Drug Test Results From the Lab? [An Employer’s Guide]

As an employer, you want to maintain a safe workplace. Drug testing helps to ensure your work environment is productive while reducing the risk of accidents.

Many employers view pre-employment drug tests as an integral part of hiring. Depending on the nature of your company, you might also conduct routine drug screens to ensure your employees remain drug-free.

However, you might be confused about how to read drug test results from the lab. Drug tests check for multiple substances, making them hard to interpret.

Here’s what to know about employment drug tests and their results. 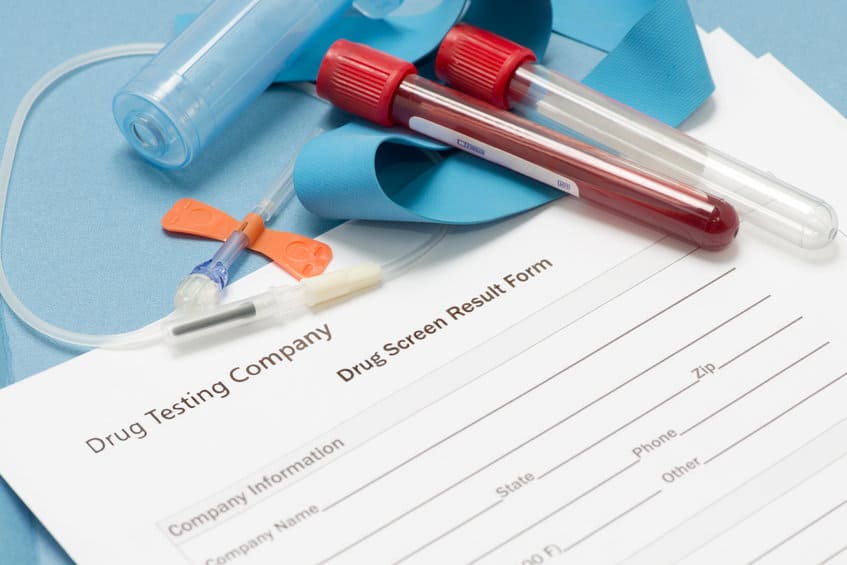 What Does a Pre-employment Drug Test Include?

Several different types of employment drug tests might be used, depending on your company’s policy, your industry, and state and federal laws.

Drug screen panels might test for four or more substances, depending on your requirements.

The most common types of drug screen panels include the following:

The Department of Transportation requires DOT-compliant drug screens for employees working in the transportation industry, such as truck drivers.

The DOT drug screen is a five-panel screen that tests for amphetamines, marijuana (THC), cocaine, opiates, and phencyclidine (PCP).

An applicant or employee could have used drugs outside the detection window and still test negative. Different substances will remain detectable for different times, ranging from a few hours for alcohol to days or weeks for other drugs.

How Are Drug Tests Conducted?

There are several ways to conduct a drug test. However, some states might prohibit specific testing methods for employment purposes.

Below are the various testing methods that you might use.

Urine drug tests are the most commonly performed drug screens requested by employers.

With a urine drug test, the applicant or employee provides a urine sample in a cup that comes with the drug testing kit.

After the sample is collected, it will be tested for drugs. For any initial positive result, a confirmation test will be performed to validate it.

An iCup urine test is an all-in-one drug panel in a cup. The iCup includes a temperature strip to ensure the urine sample is at the right temperature. Some also include adulteration strips to check whether the sample has been tampered with.

Urine screening only shows whether the tested-for substances are detected and does not show their amounts.

In some cases, employers will use blood tests to screen employees or applicants for alcohol or drug use. In a blood test for drugs, a licensed phlebotomist will draw a blood sample from the applicant or employee. The sample will then be sent to the lab for testing and analysis.

Blood tests are conducted in the lab with gas chromatography/mass spectrometry (GC/MS). Blood tests show both the presence of drugs in the person’s system and their levels at the time of the test.

However, since blood tests are invasive, they are not commonly used by employers.

A breathalyzer might be used by transportation companies or when an employer suspects an employee is under the influence on the job.

A breathalyzer test involves having an employee blow into a tube connected to the breathalyzer device. The results will immediately be available and will show the person’s blood alcohol concentration (BAC) at the time of the test.

Lab technicians cut a sample of 100 strands of an employee’s hair to perform a hair follicle test.

However, drugs a person has taken will not show in a hair follicle drug test for up to seven days, so a hair test will not be useful for detecting recent drug use after a workplace accident. Hair tests also do not detect alcohol use.

Saliva tests can detect trace amounts of alcohol and drugs. They are performed by using a swab to collect a saliva sample from inside of an applicant’s or employee’s cheek.

Some employers prefer saliva tests because they can observe the employee or applicant during the test. This makes it more difficult for the person being tested to do anything to alter the sample and results.

Saliva tests can also be performed on-site and can detect trace amounts of drugs or alcohol that have been used within the past few hours or days.

How Do You Read the Results of a Drug Test?

At iprospectcheck, all positive drug test results are confirmed by a Medical Review Officer (MRO) before being reported to the requesting company.

While drug screening returns positive or negative results, you should consider a few other things.

Lab reports don’t give other information that might be relevant to hiring or disciplinary decisions.

What a Positive Drug Result Will Not Reveal

Depending on the substances you test for, certain prescription drugs could also cause positive results. This makes it important for applicants and employees to bring lists of their prescription drugs with them when they undergo drug screens.

What Does a Cut-off Level Refer to?

Drug tests also have cut-off levels for different drugs used for determining whether a result will be reported as positive or negative. The cut-off levels allow you to understand the chance that you might receive false positives.

A drug test with a low cut-off level might result in more false positives because of trace amounts of substances that could be present because of innocent activities.

For example, a person who has eaten poppy seeds on a bagel or pastry might return a positive result for opiates on a drug test with a low cut-off level.

A drug test with a fairly high cut-off level might mean that some drug traces might not be detected.

There are also a variety of medications that can cause false positive drug test results, including cough suppressants, allergy medications, anti-hypertensive medications, sleep aids, and others.

Employees and applicants should bring in their prescription drugs and provide a list of any over-the-counter medications they are taking to prevent false-positive results.

What Does ng/mL Mean on a Drug Test?

On a drug test lab report, you will see ng/ML next to the various substances that were tested for. This stands for nanograms per milliliter and is a unit of measurement of a substance’s density.

What Does a Negative Test Result Mean?

A negative drug test result means that a drug or its metabolites were not detected in the person’s sample.

In some cases, a test result will be reported as negative even though trace amounts of a drug were detected.

Under federal government guidelines, a minimum amount of drugs must be detected before a test will be reported as positive.

If a test detects less than that minimum amount in a sample, it will be reported as a negative result.

What Does a Positive Test Result Mean?

A positive test result means that the targeted drug or drug metabolites were detected in the sample.

Under federal regulations, DOT drug tests go through a two-step process. When the presence of a targeted substance is detected during the initial screening, a confirmation test will be completed. An MRO will review the results before they will be reported as positive.

What are the Cut-off Levels of a Pre-employment Drug Screen?

For confirmatory tests, the following cut-off levels are used:

An Employee or Candidate Failed a Drug Test – What Now?

If you’ve received a positive drug test result back for an applicant or employee, you need to comply with state and federal laws in how you handle it.

Under the Fair Credit Reporting Act (FCRA), you should take the following steps when you perform drug tests:

1. Inform Applicants and Employees in Writing

If you intend to complete employment background checks and drug screens, you must inform your applicants or employees in writing.

Make sure to provide this notice on a standalone document.

You must also get your applicant’s or employee’s signed consent before you can conduct a background check or drug screen.

You shouldn’t conduct a background check and drug test until you have gotten written consent.

3. Provide an Opportunity to Review Results and Fix Errors

Your applicants and employees have the right to review the results of their background checks and drug tests. They can also correct any errors that they find.

If you decide not to hire an applicant based on information contained in a background check report, you must send the applicant a pre-adverse action notice and provide him or her with time to present mitigating information or correct mistakes.

After completing the adverse action process, you must send a final adverse action notice to the candidate explaining that you decided against hiring him or her based on information from his or her drug test or background check report.

Include the name and address of the consumer reporting agency that provided the report and a statement that the agency did not make the adverse employment decision.

It should also include a notice of the applicant’s rights under state law and the FCRA.

States have different laws about drug testing results and how they should be handled. In some states, including Texas, Oklahoma, and others, employers can use positive results as a reason to terminate or deny employment.

Other states allow employees to explain or challenge positive drug test results within a few days.

For example, Virginia passed a law that was effective on July 1, 2021 addressing the medical use of cannabis oil. Under this law, employers cannot discipline employees who use cannabis oil under a doctor’s prescription.

Make sure you review your state’s drug testing laws to understand your requirements.

In addition to drug tests, comprehensive employment background checks can help to protect the safety of your workplace.

We keep current with all relevant state and federal laws and always comply with the FCRA.

DISCLAIMER: The resources provided here are for educational purposes only and do not constitute legal advice. Consult your counsel if you have legal questions related to your specific practices and compliance with applicable laws. 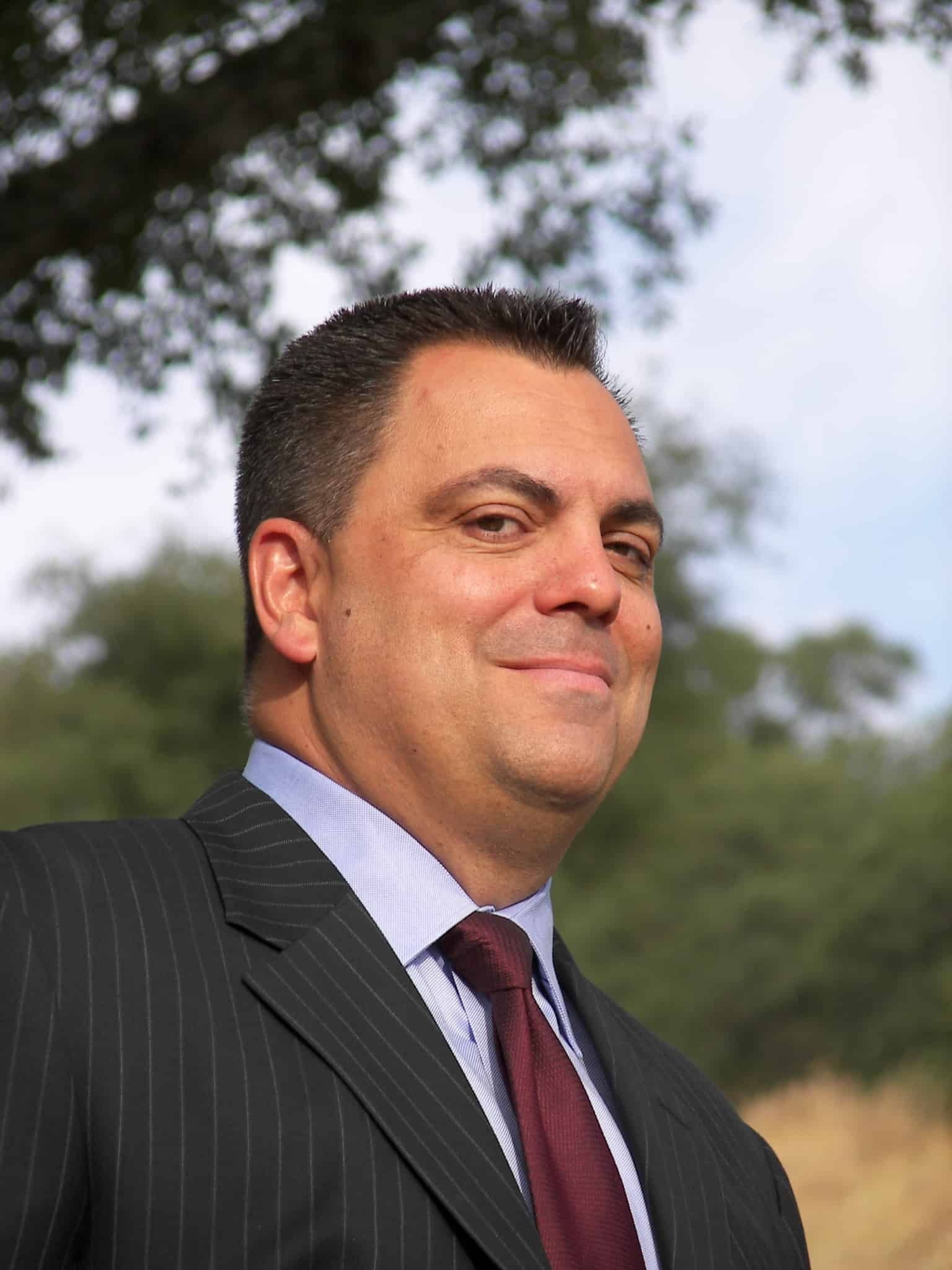 Matthew J. Rodgers is a highly accomplished business executive with over 30 years of experience providing strategic vision and leadership to companies ranging from the fortune 500 to iprospectcheck, a company which he co-founded over a decade ago. Matthew is a valued consultant who is dedicated to helping companies create and implement efficient, cost effective and compliant employment screening programs. Matt has been a member of the Professional Background Screeners Association since 2009 . When not focused on iprospectcheck, he can be found spending time with his family, fly fishing, or occasionally running the wild rivers of the American west. A lifetime member of American Whitewater, Matt is passionate about protecting and restoring America’s whitewater rivers and National Parks.

For Pennsylvania employers, conducting pre-employment drug tests as a part[...]

As an employer, you want to hire the best possible[...]